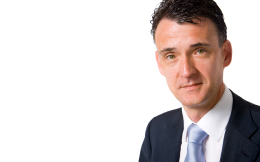 News Editor of The Irish Times

Mark Hennessy is the current News Editor of the Irish Times. He has formerly served as Political Correspondent, where he covered most of the significant developments in Irish and Anglo-Irish politics during the 1990s and 2000s, and London Editor of the Irish Times, where he reported in detail from Scotland during its independence campaigns and the opening chapters of what turned out to be the United Kingdom’s decision to depart the European Union; and before that as News Editor, Political Correspondent and Europe Editor of The Irish Examiner. A frequent broadcaster, he has appeared on domestic and international channels, including the BBC, Sky and CNN.