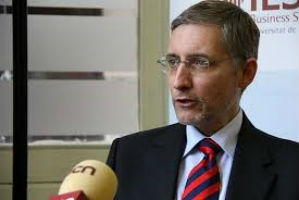 Research Fellow with the Liechtenstein-Institute

Georges Baur currently holds a fellow research post with the Liechtenstein-Institute, a university institute in Liechtenstein. He has been Assistant Secretary-General of EFTA from 2012 to 2018, based in Brussels. He was responsible for the management of the practical functioning of the EEA Agreement. He also dealt with other third country relations of the EU and with Brexit. Previously he held the post of Deputy Head of Mission of the Principality of Liechtenstein to the EU in Brussels. From 2000 to 2003, Mr. Baur served as Advisor to the Government of Liechtenstein on matters concerning the financial centre and financial services. Between 1989 and 2000 he worked as a lawyer in a Bank and in a law firm. Georges holds a doctorate from the University of Zurich and is admitted to the Swiss Bar as an attorney. He has published on various issues of European and international law.