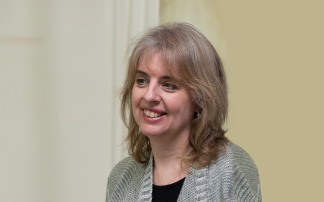 Catherine Barnard is Professor of EU law and Employment Law and senior tutor and fellow of Trinity College.  She is the author of EU Employment Law (Oxford, OUP, 2012, 5th ed.), The Substantive Law of the EU: The Four Freedoms, (Oxford, OUP, 2016, 5th ed), and (with Peers ed), European Union Law (Oxford, OUP, 2017, 2nd ed). Catherine is currently a Senior Fellow in the UK in a Changing Europe (http://ukandeu.ac.uk/) project. This is an authoritative, non-partisan think tank which does research and provides information about all aspects of Brexit. Part of its remit is to make that information accessible to the general public, by doing public engagement, especially with the media.  She has appeared on the main news channels – BBC, ITV and Sky – as well as some of the more specialist programmes such as Law in Action, Woman’s Hour and the Briefing Room. She has also written for the Guardian and the Telegraph. Catherine has also given evidence to numerous select committees on the legal issues connected with Brexit, immigration and the European Union (Withdrawal) Act. She has her own podcast, 2903cb, and she blogs on Brexit, mainly for the http://ukandeu.ac.uk/.