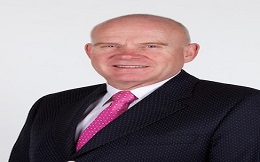 CEO of German-Irish Chamber of Industry and Commerce

Ralf Lissek has been the CEO of the German-Irish Chamber of Industry and Commerce since 2000. He was the founding chairman of European Chamber of Commerce in Ireland and a founding member of CGAI (Corporate Governance Association in Ireland).  He was the editor of Ireland and Germany: Partners in European Recovery (2014).  He was the editor of the report Brexit – a view from the Chambers (2016).  He is the MD of DE International (a service provider for tax and marketing services).  He has worked  in Belgium, Germany, Netherlands, UK and Ireland.