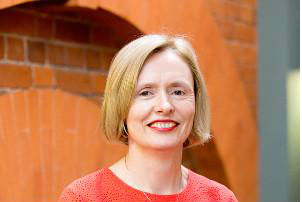 Professor Eilís Ferran, FBA is Pro-Vice-Chancellor for Institutional and International Relations and Professor of Company & Securities Law at the University of Cambridge, and a Professorial Fellow of St Catharine’s College, Cambridge.

She has advised UK Parliamentary committees and served as an academic member of the Stakeholder Group of the European Banking Authority. She is a non-executive director of Euroclear SA/NV.

She is a Fellow of the British Academy and an Honorary Bencher of Middle Temple.

As Pro-Vice-Chancellor she has strategic responsibility for Cambridge University’s staff policies and significant international academic partnerships.