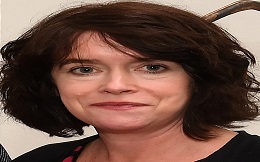 Niamh O’Sullivan is a Senior Executive Officer with Kerry County Council and Chief Officer of Kerry’s LCDC and the Local Action Group and has 20 years experience in the local government sector. She has significant experience in community engagement and  managing change programmes for the Council; this is evidenced in her role as the Head of Housing and Regeneration in Tralee Town Council from 2007 – 2013 and her role in the KCC’s Reorganisation Project from 2013-2015. Niamh was also one of the first Community and Enterprise Officer appointed in Kerry in the year 2000 and lead a multi-agency approach to the development of Kerry’s first Play Policy. Recently Kerry’s LCDC under Niamh’s leadership was  recently selected as one of the top ten performing LEADER Local Action Groups in the Country where Kerry’s Local Action Group was ranked first overall.