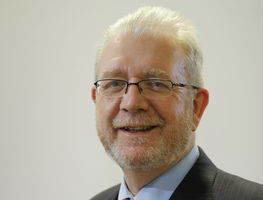 Michael Russell was appointed Cabinet Secretary for Government Business and Constitutional Relations in June 2018. As Cabinet Secretary, Michael is responsible for the UK’s exit from the European Union; government and parliamentary business and constitutional Relations and intra-governmental affairs. Mr Russell was previously Minister for Environment from 2007 until 2009 and then served as Minister for Culture, External Affairs and the Constitution before moving to the role of Cabinet Secretary for Education which he held until 2014. He was appointed Minister for UK Negotiations on Scotland’s Place in Europe in September 2016. Michael was brought up in Troon in Ayrshire and educated at Edinburgh University, he has lived in Argyll for over 20 years. He is the Constituency Member of the Scottish Parliament for Argyll & Bute.