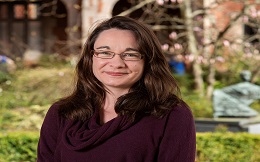 Dr Katy Hayward is a Reader in Sociology in Queen’s University Belfast and a Senior Fellow in the UK in a Changing Europe think-tank. Dr Hayward is an internationally recognised expert on Brexit, particularly with respect to the Irish border. The author of over 200 publications, she has (co)authored/edited several books e.g. Dynamics of Political Change in Ireland (Routledge, 2017), and research reports, e.g. Brexit at the Border (2018), The recipient of an Eisenhower Fellowship (2019) and ‘Political Communicator of the Year’ award from the Political Studies Association (UK, 2019), Dr Hayward has written and presented widely on the topic of Brexit to media, policy, civic and academic audiences. She was appointed to the technical expert panel of the UK government’s Alternative Arrangements Advisory Group on Brexit (2019) and has given written and oral evidence before several parliamentary committees and policy groups in the UK, Ireland, EU, and USA.