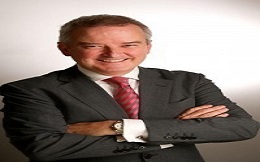 John is Executive Director at FBN-I. He co-founded the British Irish Chamber of Commerce in 2011 and he became Director General of it in 2015 following his retirement after a forty year career in business banking with Ulster Bank Group, including extensive experience and responsibility for Ulster Bank/Royal Bank of Scotland’s services to Family Businesses. He Chaired the Irish Government’s Forum on Philanthropic Funding of the Arts and co-led the development of the National Concert Hall Quarter; he was a Member of the Board of the National Concert Hall and of the Dublin Tourism Taskforce and he is currently a Board Member at the charity Music Network as well as a Member of the Culture and Diversity Taskforce of Dublin Chamber of Commerce.