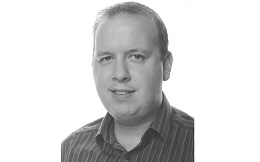 Presenter of the Kerry Today Programme on Radio Kerry

Jerry O’Sullivan has presented the Kerry Today Programme on Radio Kerry since 2010.  He has been in journalism for over 20 years starting with Radio Kerry in 1997 before working as part of the team which set up Newstalk radio station in Dublin in 2002 where he worked in sports, becoming the stations sports editor in 2006 when it went national.  He has won 3 national radio awards including Sports Broadcaster of the year and Sports Coverage of the year in 2005 and News story of the year in 2006 for coverage of the Love Ulster riots in Dublin. He lives in Kenmare with his wife and two children.