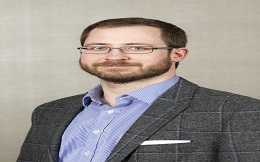 Fraser has led the Scottish Council for Development & Industry’s operations in the Highlands and Islands since January 2012 and recently oversaw the completion of The Rural Commission report ‘An Economy for All of Scotland’. In addition to leading on policy around the economy in rural areas, his expertise covers transport, tourism, energy, and food and drink. Before moving to SCDI, Fraser spent the previous decade working in politics where he initially managed conferences and corporate communications, before becoming Head of Office to former MP and Chief Secretary to the Treasury, Sir Danny Alexander.  Fraser sits on the Inverness & Highland City-Region Deal Programme Board, the Moray Growth Deal Board, the Highlands & Islands Regional Skills Investment Board, and is an adviser to the regional transport partnership Hitrans. He is also chair of SSE’s Beatrice Partnership Fund Panel and is a Member of the Chartered Institute of Public Relations.