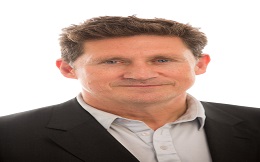 Eamon Ryan was elected to represent Dublin Bay South in the 2016 General Election.

He studied commerce in UCD before taking  a job managing a marketing course in the university’s School of Business. He went on to found a cycling tourism company, Irish Cycling Safaris, in the late 1980’s and in 1996 won the Ernst & Young Entrepreneur of the Year award. The business still trades successfully as Cycling Safaris.

He was the founding chairperson of the Dublin Cycling Campaign and began his political career as a Dublin City Councillor for the Rathgar – Rathmines ward. He then went on to serve both as a TD for Dublin South and as a Government Minister for Communications, Energy and Natural Resources.

In recent years, Eamon has worked for a European climate organisation (www.e3g.org) and chaired the digital policy group in the Institute of International and European Affairs (www.iiea.com). He is currently leader of the Green Party/Comhaontas Glas (www.greenparty.ie).