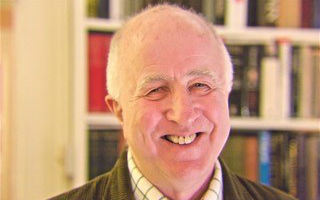 Dr. Denis MacShane, is the UK’s former Minister of Europe, serving under Tony Blair. He negotiated the 2004 Enlargement of Europe. He served as a Labour MP for 18 years. In 2012 he coined the term Brexit and in January 2015 he published a book Brexit: How Britain Will Leave Europe.

He has written two other books on Brexit and is in the forefront of the UK campaign to keep Britain in Europe. He speaks French and German and writes for and appears regularly on European as well as UK media discussing Brexit and the future of European Union politics.

Dr. MacShane advises government and private firms on the UK’s future in Europe. He has written widely on European politics including the first biography of François Mitterrand in English and the first study in English of the Polish trade union solidarity. Recent books other than Brexit include a study of global anti-Semitism and the politics of the West Balkans.