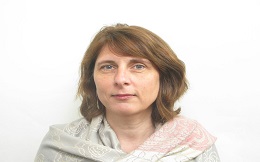 Ambassador Potzel is the German Ambassador to Ireland.  A career diplomat, she has served overseas in Singapore and Iran.  At the Foreign Ministry in Berlin, she has held posts specialising in EU enlargement and Iran and the Gulf Countries.  Prior to her posting to Ireland, she was Deputy Head of Division for Personnel, Development and Planning Staff and later Deputy Director-General for Central Services.  Between 2012 and 2014, she served as Head of the Personal Office of Federal President, Joachim Gauck. She is a graduate Humboldt University Berlin and Foreign Service Academy of the Federal Foreign Ministry, Bonn.